Glo-JET International Holdings Corp is a member of the Meriton Group of Companies, the mother company that has significantly invested in the Real Estates which includes Serviced Apartments, Commercial Buildings and High-end Residential Villas.

In 1969, from a basement in the UK town of Kingston Upon Thames, the leadership planned on creating Glo-JET International Corp, with a focus on providing first-rate service and excellent customer relations. We believed that if you go the extra mile for customers, they will always come back, a premise that is at the heart of the company today. We are the only reputable company renown for both passenger charters and cargo shipments both regionally and globally. We have classically cut a niche in this sector.

Our Private JET Brokerage knowledge and hands-on experience has (over the years) placed the company in the world map as a reputable and respected PRIVATE JET Brokerage Firm. We, indeed, appreciate our International Accredited Charter Partners and Fractional JET Owners (IACP&FJO) for providing us with the Long-Term Exclusive Agency for regional representation; a move that has expanded and continues to promote our international reputation with 35 Awards (so far) aligned to the Glo-JET’s FLAG during the decades that the company has been operating under THE MERITON BRAND.

In addition to our current presence in Forty Six (46) regions globally, Glo-JET International Corp has strategic footprints in the following countries:

The country (being strategically placed as a critical business gate-way and HUB in Africa), it would greatly be imperative to have IACP&FJO Headquarters be based within the region thus serve Africa and the rest of the world. This legitimate thinking is already under discussion and once passed by the International Board, Glo-JET shall extremely be very proud to have the aircrafts fly with a distinct “5Y” tail registration – hence be regulated by The Kenya Civil Aviation Authority (KCAA), a Government Agency – whose interest lies with the Operators and not PRIVATE JET BROKERAGE FIRMS – such as Glo-JET International Corporation. The Aircrafts are, currently, registered outside Africa and every time we have business-related pickups from the region, we are forced to obtain Landing Permits as required by The International Laws on Aviation. The intention of this well thought viewpoint is to enhance a much more realistic profit margin by bringing High Net-worth business to Africa. The Republic of Kenya has a very stable political leadership headed by the Country’s President/Commander-in-Chief of the Kenya Defence Forces, who has worked impressively hard to effectively stabilise the country for International Business BRANDS to land and grow the country’s economy.

For the above to effectively be implemented as per the directive of the country’s CEO, The Law Enforcement Agencies that include The National Police Service (NPS), The National Intelligence Service (NIS), The Directorate of Criminal Investigations (DCI), The Financial Reporting Centre (FRC) and The Asset Recovery Agency (ARA) have put up spirited efforts to fight Corruption and Money Laundering Related CRIME hence assist His Excellency The President to internationally place Kenya as an investor-friendly country. This has always been the desire of Glo-JET’s Founder Chairman since most of our clientele are foreign nationals. As such, having a business friendly country is absolutely critical for us. We, indeed, thank the men and women leading these institutions for their hard work/dedicated service. Our company’s leadership will not renege on supporting these fabulous initiatives because making Kenya a peaceful nation has an ultimate direct trickle-down effect to Glo-JET’s higher revenue stream. Accordingly, contributing (albeit in a small way) to the growth of the economy.

Whether we are providing VIP travel for one person or a whole team, or transporting heavy cargo, we promise first-class personal service that is based on respectful etiquette and human dignity.

In the affirmative, we aver that from its humble beginnings, Glo-JET International Corp now has offices around the globe, spanning North America, South America, Europe, Africa, the Middle East and Asia. The corporation works with thousands of clients and organize over 3,000 charter flights a year, based on your VIP needs. 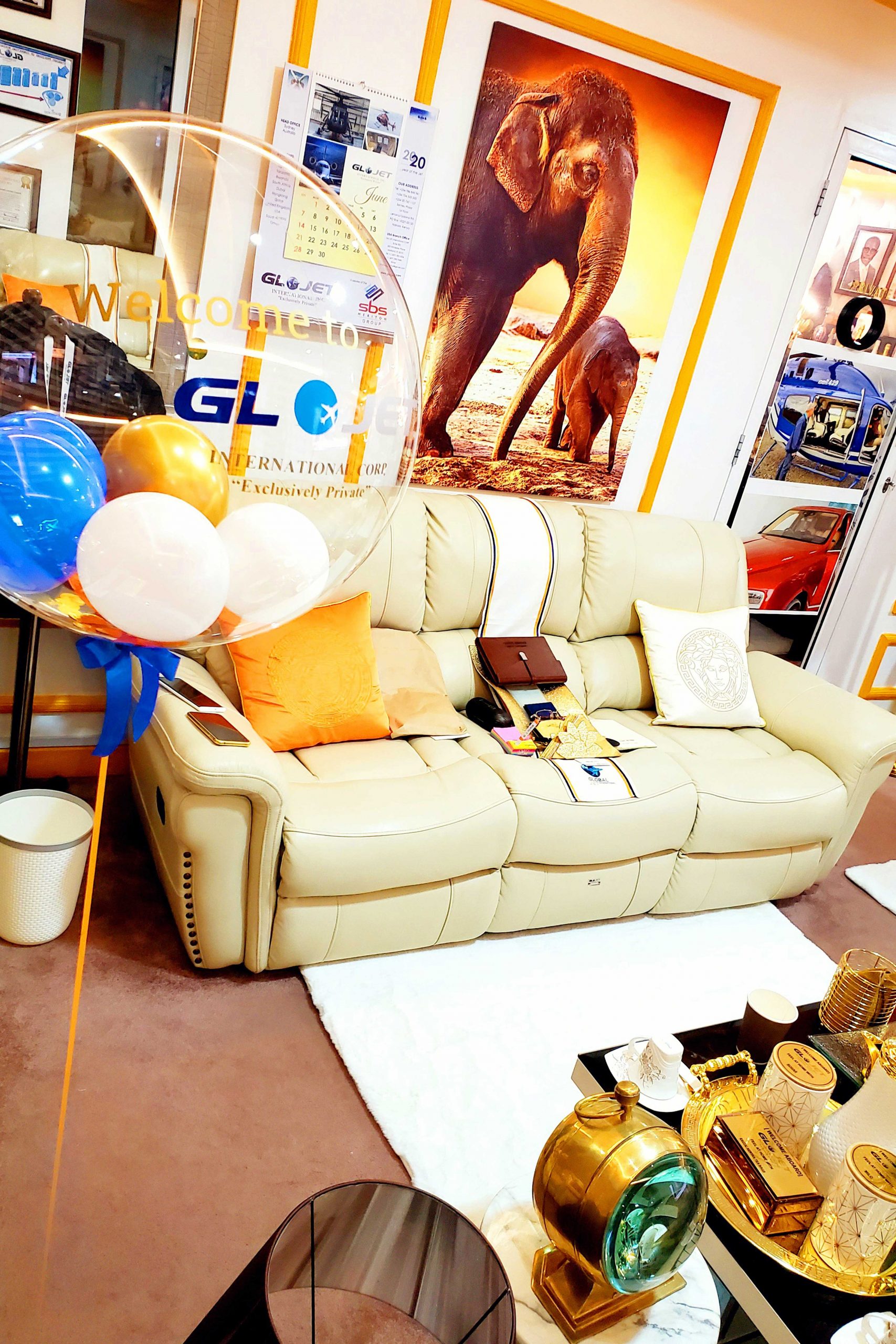 Glo-JET offers global executive charter services unlike any other company in the business of aviation. We pride ourselves as “…exclusively private”. With supreme flying experience into and out of the hardest to reach destinations, Glo-JET International Corp, has arranged for corporate business leaders, entrepreneurs and private individuals to fly to 180 countries worldwide. We are truly recognized as a classic epitome of a great institution.

Every flight is tailored to ensure seamless travel with maximum efficiency so that our High Net-worth Customers can be in more meetings or locations within the shortest period of time. Glo-JET – through its affiliates – makes its entire fleet of over 20 business jets available to customers – with guaranteed availability, no asset risk or positioning costs for customers.

Luxurious, Efficient, Reliable, Global outlook, Respectful Appeal and …Exclusively Private; this is what we stand for. Accordingly, we shall endeavour to do what is in the best interest of our highly valued clients. To this end, therefore…….,

Glo-JET has more than 40 years’ experience in international flight operations. 86 Captains, 2000 employees across the world with not less than 30 staff in every branch worldwide. Class and Quality! is the signature of Glo-JET International Corp. Through the 40 years of excellence in international flight operations, Glo-JET has organized flights for corporations, governments and private clients to 180 countries worldwide. Founded in 1969, the company pioneered an innovative business model where customers pay only for the hours they fly, free of the responsibilities and asset risks linked to aircraft ownership. Glo-JET’s Signature Program Service offers customers a bespoke solution to suit individual needs in terms of class and quality! ensuring a smooth and luxurious journey every time.

At GLO-JET, we strive to make our customers happy